The experienced Redwood City child custody attorneys at The Schoenberg Family Law Group, P.C., can provide you with the advice and skilled representation needed to resolve a child custody dispute. The ongoing mental, physical, and emotional health of your children depends significantly upon how parents communicate and interact during child custody proceedings. That is why our attorneys will educate you on a basic understanding of California child law and how to interact with your child’s other parent to minimize conflict.

Our law firm represents parents in all areas of child custody, including but not limited to:

The child custody attorneys at Schoenberg Family Law Group, P.C., can minimize many of the challenges and frustration surrounding child custody by answering your questions and preparing a plan to reach your custody goals. Schedule your private consultation with one of our attorneys today. 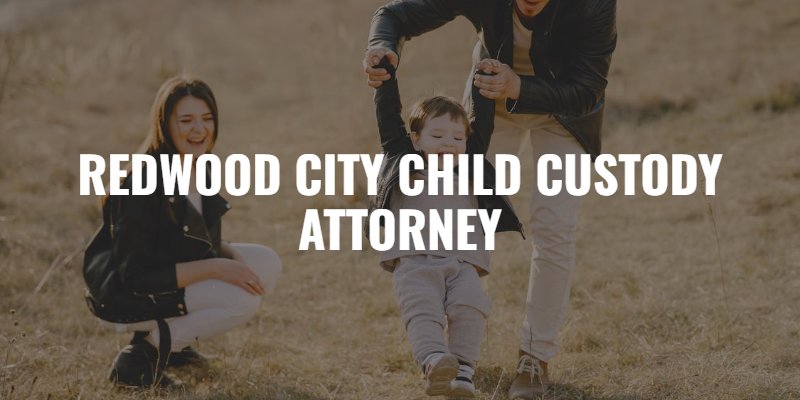 Do You Need a Child Custody Attorney?

It is generally in your best interest to hire a lawyer during a child custody matter in Redwood City, California. Representing yourself is unwise when you have something as important as the custody and care of your children on the line. Unless you have a legal background, you may make a mistake that hurts your case. Hiring a lawyer, on the other hand, gives you the peace of mind that a knowledgeable and experienced attorney is standing up for your rights.

A child custody attorney can find creative solutions for you and your family. Your lawyer will navigate California’s child custody laws and take care of other processes on your behalf. From mediating between you and your ex-spouse to representing you at trial, if necessary, your lawyer can do what it takes to fight for a positive case resolution. Having an attorney handle the legal side of your case can allow you to focus on what matters most during a divorce or legal separation – your family and future.

Parents are permitted to create their custody agreements or parenting plans. They can do so by achieving a settlement, or an agreement between the two of them on all of the key elements of the divorce – including child custody. Generally, a judge will sign off on a child custody agreement created by the parents as long as it meets the best interests of the child. When parents cannot reach an agreement on their own, they must attend mediation in an effort to settle any custody disputes. If still unable to agree, child custody is decided by a judge.

Judges evaluate custody cases based on the best interests of the children. Neither parent receives preferential treatment due to their sex. Instead, both parties start their case on equal ground.

California law guides judges in making their custody decisions. The two primary concerns in California law are the health, safety, and welfare of the children and that the children benefit from frequent and continuing contact with both parents.

Beyond these two policies, judges review specific details about the children such as:

Additionally, judges are free to consider other factors related to parenting, including:

A child custody decision takes multiple factors into account. If you cannot come to a settlement with your ex-spouse on your own, a judge will carefully consider all relevant facts and the best interests of the child before making a decision. Note that the courts believe maintaining contact with both parents is what is best for a child, in most situations. This means that joint custody decisions are the most common in California. Exactly how a judge divides custody, however, depends on the unique circumstances.

What Is the Best Interest of the Child Standard?

The best interest of the child is the golden standard used in child custody cases in California and throughout the country. Rather than existing only in one law, it is a common theme found in many sections of the California Family Code. It is primarily referenced in sections 3011, 3020 and 3040 of the law. These are the sections used by the courts when making child custody decisions.

The best interest of a child means what is best for him or her physically, mentally, emotionally and psychosocially. When making a custody decision, a judge will consider what custody arrangement will best protect a child’s health, safety and well-being – both of the mind and body. This decision may take a look at each parent’s connection to the child, residence and the ability to meet the needs of the child. If the child is old enough, his or her own opinions may also factor into the decision.

Joint custody refers to an arrangement in which both parents share or divide custody after a divorce. The exact percentage of time that each parent gets with the child will depend on the circumstances. Even if both parents get custody, a perfect 50/50 split may not be realistically possible – especially as the child gets older and has school and other obligations.

This can lead to other types of arrangements, such as 75/25 or a mix of different custody plans. A joint custody arrangement may have the children primarily living with one parent and spending the weekends with the other parent, for example, or a child spending alternate weeks with either parent. The terms of the agreement will depend on the needs of the child. Sole custody refers to one parent having primary custodial rights over a child, with the other parent having visitation rights.

Visitation is a window of time in which a parent can visit with his or her child at a prearranged location, with or without supervision from a child welfare professional or the other parent. There are four general visitation schedules ordered between parents based upon individual situations. These are the following:

The courts in Redwood City may give one parent full custody and the other parent only visitation rights if the noncustodial parent gives the judge a reason to believe he or she is unfit for joint custody or if joint custody is not in the best interests of the child. Factors that may affect this decision include criminal history, history of domestic violence, allegations of child abuse, and alcohol and/or substance abuse. The grandparents of a child could also qualify for visitation rights in Redwood City in certain situations.

A parenting plan is a detailed document explaining the parenting rights and responsibilities of each parent after a divorce or separation. Parenting plans must be in writing, signed by both parents, and approved by a judge, or they are not enforceable.

All parenting plans need to address how the parents will share or designate legal and physical custody of the children. If parents cannot agree on a custody arrangement, a judge decides the matter according to the children’s best interests.

The age, safety, and welfare of children are imperative in devising a parenting plan. Parenting plans are often revised frequently. A new parenting plan is recommended upon a child reaching the age of three due to a change in developmental needs and life changes of the child. Upon reaching an age of sufficient maturity and intelligence, a child’s preference is also a factor in a revised parenting plan.

Mediation is often the best way to work out a parenting plan during a divorce case in Redwood City. Mediation allows you and your spouse to have the final say in where your child lives, who will have primary custody and how your custody schedule will work, rather than giving these decisions to a judge. You and your spouse can also work out matters such as visitation rights and child custody during mediation.

First, you and your spouse will arrange a date for your mediation meeting with the courts in your county. You may speak to an attorney for advice about how to handle custody mediation before your meeting. During mediation, the mediator will facilitate compromises and come up with creative custody solutions to help you and your spouse create a parenting plan.

What Evidence Can You Use During a Child Custody Case?

If your divorce or legal separation case goes to trial in California, you or your attorney will have the chance to provide evidence that supports your arguments. If you are fighting for primary custody, for example, you will need to show evidence that proves your ex-spouse is an unfit parent.

During a custody trial, the courts will ask for certain types of evidence for a judge to review to get a general idea of the child’s needs, such as report cards, medical records, photographs of each parent’s home, and testimony from teachers and others who are familiar with the child. Other evidence that might be necessary to support your child custody argument includes:

The evidence necessary will depend on your specific child custody case. If you wish to prove that your ex is an unfit parent, for example, it may help your case to gather evidence such as police reports, arrest records and statements from people who witnessed child neglect or other issues. Do not secretly record your spouse, however; this is illegal and will not be admissible as evidence during a divorce case in California.

When Are Parent Psychological Evaluations Performed?

A psychological evaluation may be ordered during a child custody case if one parent requests it and the judge believes there is a valid reason for one. This is an assessment done by a mental health professional to ascertain if the parent has the proper mental health and brain function to care for the needs of a child. If you wish to request a psych evaluation of your ex-spouse, speak to an attorney for assistance. Be aware that requesting this will often result in needing an evaluation yourself, as well.

The Redwood City family legal professionals at The Schoenberg Family Law Group, P.C., will provide you with the representation you need for your child custody matter. Our attorneys will work with you so that you are knowledgeable and prepared for any obstacles placed before you. We are aggressive advocates and work tirelessly to meet your legal expectations.

Our dedication and integrity speak for themselves. Schedule a confidential consultation with one of our attorneys today to learn more about California’s child custody laws and how they apply to you and your family.

How to Evaluate and Choose The Right Law Firm

Schoenberg Family Law Group, P.C., recognizes that family law matters involve complex, sensitive issues that can have a lasting impact on you, your family, your finances and your future.